Nikola Karasova and Julia Reinke (Unlikely Refuge?) participated in the online conference Humanitarian Mobilization in Central and Eastern Europe during the Twentieth Century (23-25 June 2021). In their talks, both of them focused on the Greek Civil War refugees.

By focusing on Greek Civil War and Korean War child refugees to Czechoslovakia in the late 1940s and early 1950s, this paper aims to shed light on the transition process in humanitarian approaches that occurred in the country due to the 1948 regime change. It investigates how Czechoslovakia’s political, legal and economic transformation impacted its humanitarian role. While these groups’ strategic position with regard to Czechoslovakia and their homeland was not identical, the Czechoslovak state opted for a comparable approach. The earlier arriving GCW refugees became an incentive for the emergence of a system of care, that later served as a model for the Korean group and was only mildly adjusted to suit this new purpose.
Aiding children was deemed particularly important by the regime, and their education in line with the communist ideals formed its inseparable part. From the ideological viewpoint, the refugee children were raised to once contribute to the building of a socialist society. They were also expected to spread socialism after their return home. With the Sino-Soviet split, the latter idea grew in prominence as educating refugee children began to imply exporting a particular socialist model and thus reflected on the ideological tensions between the individual Eastern Bloc countries.
This paper investigates whether the humanitarian aid was drawing from the pre-1948 tradition or was instead following the example of the Eastern Bloc countries, not only in the ideological but also in the practical sense. Furthermore, the paper will reflect on the changing tendencies in the interplay of the humanitarian actors involved. The early heterogeneous system of state agencies, non-governmental organizations and citizens’ initiatives was gradually replaced by a highly centralized approach, which integrated all symptoms of grassroots activism by nationalizing the entire humanitarian agenda. Although the aid provision was coordinated with the Eastern Bloc and mutual inspirations and common ideological framing were apparent, the employed procedures were also exploiting some pre-1948 elements, first and foremost the engagement of the Czechoslovak Red Cross.

Even before the socialist German state officially came into existence with its constitution of Oct 7th, 1949, some 340 children of Greek communists who had fought as partisans in the Greek Civil War arrived via the eastern border to Saxony in August 1949. While mainly analyzed in historiography within the context of political emigration, these children originally were intended to spend just a short recreational time in the GDR. Yet in July 1950, the GDR received another 800 Greek children and young adults, and contrary to the initially presumed short-term stay, due to the political situation in Greece, most of them would not return for years and even decades to come.
As part of a concerted action of the emerging ‘Eastern Bloc’, in the course of which the defeated partisans and their relatives found shelter in socialist ‘people’s democracies’, this refugee reception constituted a humanitarian act initiated and driven forth by the leading party, the Socialist Unity Party of Germany (SED). But what did their proclaimed ‘proletarian internationalism’ and ‘internationalist solidarity’ actually mean in practice? This paper aims to explore the socialist humanitarian mobilization and its implications, locating the reception of the refugee children within the political solidarity, but furthermore also tracking down practices, actors, and as far as possible, motivations and respective reactions of the broader society on the local level.
Where and to which extent did socialist ideology come into play in the implementation of this ‘humanitarianism’? And what interactions with other factors such as the only recent National Socialist past or the issue of (co-ethnic) expellees can be observed? By focusing among others on the especially relevant “Relief Committee for the Democratic Greece” and the practices in fundraising, this study wants to contribute to a deeper and complex understanding of humanitarian mobilization in providing relief to refugees in the early GDR. 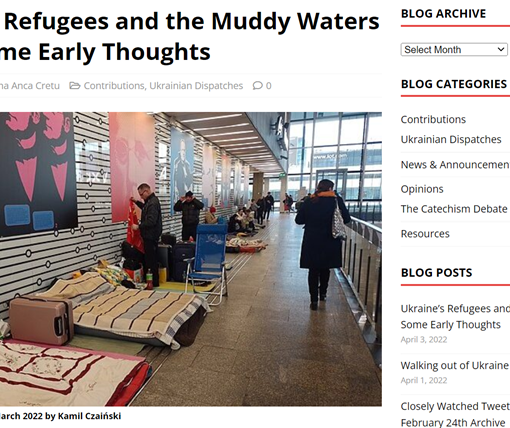 The UnRef’s Doina Anca Cretu published an article titled “Ukraine’s Refugees and the Muddy Waters of Aid: Some Early Thoughts” as part […] 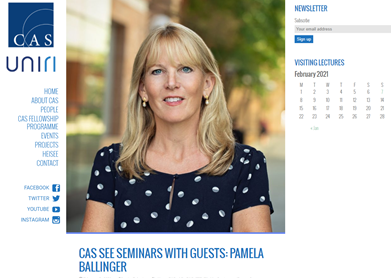