Among the multifaceted transformations of East-Central Europe in the 1990s, mobility and open borders turned into one of the symbols of the new attachment to the “West”, in both the physical and symbolical way. The quick adoption of the 1951 refugee convention, the introduction of national asylum procedures and the harmonization with European rules followed. Unfolding against the dissolution of multiethnic states and conflicts in Yugoslavia and the Soviet Union, the region absorbed a significant part of refugees of this period.

Yet, the history of refugees and the development of the refugee policies in East-Central European countries undergoing transformation from state socialism have not been systematically and comparatively examined so far. The workshop aims to discuss directions for future research and to forge new research partnerships. It is organized as a part of the “Unlikely refuge?” project funded by the European Research Council. Split into several sessions, the workshop will explore multiple connections across time and disciplines, and discuss key research questions, sources and methods.

While the collapse of state socialism is perceived as a turning point, the construction of refugee policies also related to and re-opened complex prehistories – those of refugee reception, but also of the building of nation states and ethnic homogenization. Refugee migration also challenged the perception of the culturally homogenous character in countries affected by the ethnic unmixing after the Second World War. Exploring continuities and discontinuities between state socialism and the transformation, the workshop aims to establish connections to other facets of the political and cultural reorientation as well as economic transformation.

To date, the research on refugees after the demise of state socialist regimes in East-Central Europe largely remained a domain of social and cultural anthropology, political science and media studies. Therefore, the workshop aims to contribute to the integration of the subject into historical research and to foster an interdisciplinary research agenda.

The workshop is being conducted as a series of several sessions, from spring 2022 onwards.

How was the formation of refugee and migration policy in East-Central Europe intertwined with the parallel post-communist state transformations? How did individual countries of the region react to early post-1989 asylum claimants while coping with profound change in the state system? What modes of non-state and international cooperation – if any – prevailed in the 1990s refugee policy in the region? What historical models were referred to while establishing a new refugee regime and what continuities with the 20th century history of these nation states can be identified?

Bringing together historians, legal scholars and social scientists, we aim to explore connections between research on transitions and the construction and shifts of refugee policies in post-communist countries of East-Central Europe. In order to contribute to the historicization of refugee research in the 1990s, workshop participants will reflect on the interplay between these parallel processes in their countries of research and debate the construction of a refugee regime across the region. The workshop aims to cover the long 1990s, a period roughly demarcated by the end of state socialist regimes and the accession of post-communist states in East Central Europe to the European Union (2004).

In the introductory panel, we anticipate starting with individual research inputs per country (comparative where available). We will continue with a roundtable discussion, discussing (dis)continuities within new refugee regime and earlier period of late socialism, research gaps, unexplored actors, ways to integrate research on refugees and post-communist transformation,  as well as an agendas for further research, challenges and collaborations.

Given the under-researched character of the topic, we expect to map the state of the art and engage in discussion about questions, methods and sources, as well as possible cooperation to provide a more detailed and transnational perspective on the establishment of new refugee regimes in East-Central Europe.

The session will be held online.

Roundtable: Towards a comparative history of refugees in post-communist East Central Europe (15:30 – 16:30 CET)

For participation, please register at unref-public@mua.cas.cz. The number of participants will be limited. 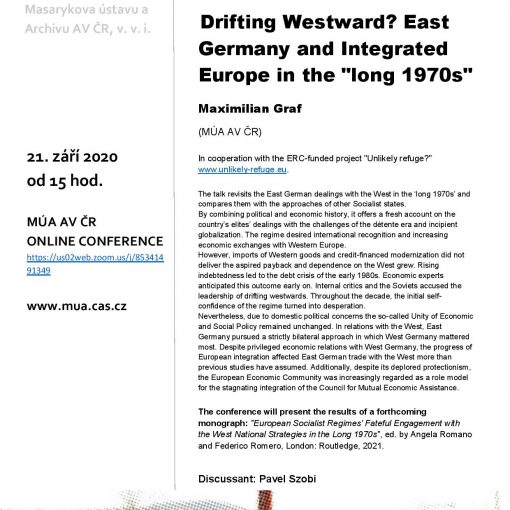 Lidia Zessin-Jurek (Unlikely Refuge?) participated at a conference Between War and Mass Murder – 80 years to “Operation Barbarossa”, organized by Western […] 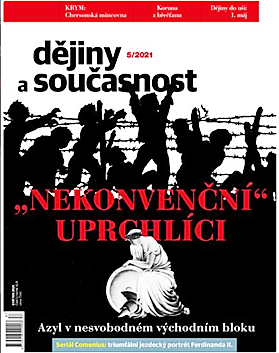 The Unlikely refuge? (UnRef) team members contributed to the latest issue of the Czech public history journal Dějiny a současnost (The History and […] 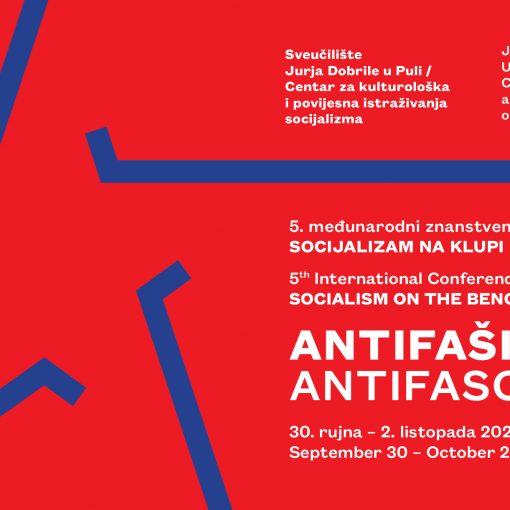