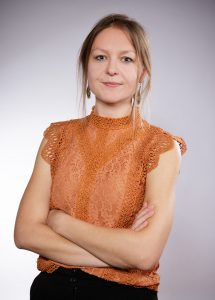 Lidia holds a PhD in History and Civilization from the European University Institute (Florence) and has been recipient of several fellowships and grants. In 2017-2019 she taught undergraduate level courses at the Center for Interdisciplinary Polish Studies (ZIP), European University Viadrina in Frankfurt/Oder. Her postdoctoral project in the field of Memory Studies focused on the (political) rivalry and productive dynamic involving the Holocaust and the Gulag memory cultures in Europe. In the next stage she analyzed the largely neglected paradox of the Holocaust survival of the Polish Jewish refugees who—after escaping the advancing Germans—found difficult asylum in the Soviet Union (were deported to the Gulag). The results of her work on the inhibitors that block the memory of those Polish Jewish refugees are explored in the volume she edited together with Katharina Friedla, entitled “Syberiada Żydów polskich/The Siberian Odyssey of the Polish Jews” (Warsaw 2020).

Lidia is a postdoctoral researcher and Poland expert in the Unlikely Refuge? project. She examines Poland as a country receiving refugees throughout the ‘short twentieth century’, with a focus on the interwar period and World War II. Although they were mostly (but not only) ‘internal refugees’, these groups were diversified in terms of their ethnic, national, religious, social/class origin. The analysis cuts through different groups, comparing their experiences and probing the official Polish state’s policies towards them. It also focuses on popular responses of local populations and important social actors (such as the Church, aid organizations, etc.) to what were sometimes ‘people on the move’ treating Poland as a transit country, and sometimes ‘people coming to stay’.