In November 1938, following the First Vienna Award and the loss of Southern Slovakia, the leadership of the autonomous Slovakia triggered the deportations of thousands of Jews into a region that was to be taken over by Hungary. Many of them were forced into a strip of land along the new demarcation line, between the Czechoslovak and Hungarian posts, into no man’s land. The article collates the scarce evidence scattered within Slovak and international archives, in published and unpublished testimonies and memoires in order to understand the nature of this no man’s land of refugees which was multiplied by the shifting borders of East-Central Europe in 1938

While the existing historiography and editions of documents has provided ample information about the decision-making process behind the 1938 deportations and the course they took, the refugees no man’s land close to Miloslavov / Mischdorf / Miserd, among other – even less well known – cases, has not been explored from within, as a social space characterized by the withdrawal of the state and a lack of social structures. In an exploration of the terminology used to label these spaces and capture the refugee experience, the article analyzes the no man’s land as a space of exclusion and abandonment, a form of a territorialized statelessness. In the absence of the state, Jewish aid organizations provided food and material help and attempted to organize emigration – thus providing an improvised and imperfect replacement of citizenship.

This no man’s land was an unstable and shifting space: the article explores its transitions during the transfer of authority to Southern Slovakia as well as the later spread of this no man’s land within Slovak territory – as extraterritorial spaces where unwanted Jews were kept in limbo, for instance the camps on the outskirts of Bratislava, at Červený Most / Rote Brücke and Patrónka. The Unlikely Refuge? team member Doina Anca Cretu published an essay titled “A Regime of Immobility” in the History Workshop journal. Can […] 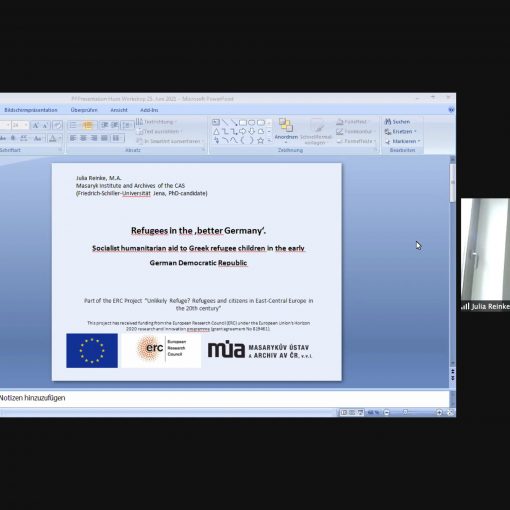 Nikola Karasova and Julia Reinke (Unlikely Refuge?) participated in the online conference Humanitarian Mobilization in Central and Eastern Europe during the Twentieth […] 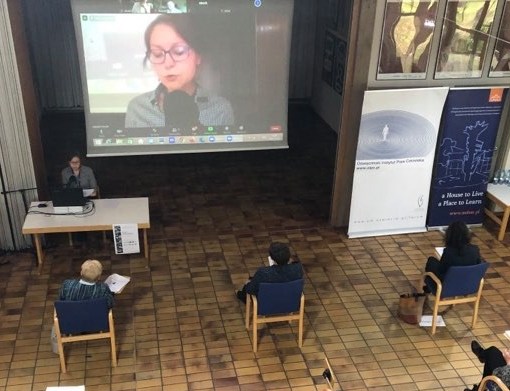 The talk addresses the origins of significant differences in perception of various refugee waves that occurred after the Nazis’ ascent to power. […]