In the autumn of 2020, the Unlikely Refuge? team held an internal workshop with a focus on refugee and migration regimes. With the help of selected readings, including the ‘standard’ work by Claudena Skran on the first international attempts to address the refugee problem in the wake of WWI, we asked ourselves what makes a refugee regime and how to make this perspective useful for our research.

The position of the concept of a refugee regime against the broader research in migration regimes was one of the main threads during the discussion. The former developed more from the study of international relations, whereas the latter is based on sociological methodology. Next to Claudena Skran’s and J. Olaf Kleist’s articles, we related to other research on migration regimes.

Completing our session, we examined the relationship between migration regimes and illegality. We based our discussion on Michael Schubert’s and Christiane Reinecke’s articles. From very different perspectives, both authors reached similar conclusions regarding the co-production and management of illegality by the state. 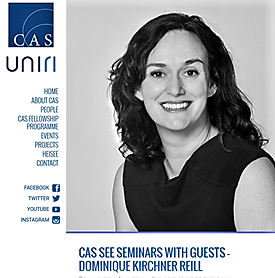 The Unlikely Refuge? member Francesca Rolandi will participate in the CAS SEE Weekly Seminar on Thursday, January 14, 2021 at 10 am. […]