The talk addresses the origins of significant differences in perception of various refugee waves that occurred after the Nazis’ ascent to power. While emigration of the bulk of German-speaking Jews merged into the classic example of the refugee phenomenon, perhaps even paradigmatic of the experience, refugeedom of Polish Jews continues to be a fact barely known to anyone apart from specialists. Contrary to the German wave of refugees (1933-1941), the escape of Polish Jews (1939-1940) does not trigger positive associations with a prudent and proactive attitude. Instead, it is perceived as a delayed, marginal, and chaotic last-ditch attempt to save one’s life. In the talk, it is argued that the implicit interpretation of what prompted both refugee waves appears to be an important reason for these curious differences in perception.

In December 2019, the Unlikely Refuge? team met at Polin Museum in Warsaw to discuss various aspects of space and border in […] 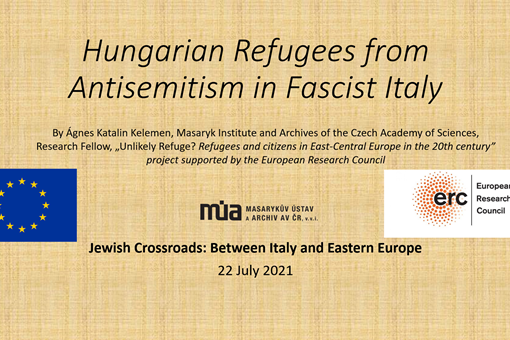