The panel focused on both forced and voluntary migration, which during the twentieth century mobilized state institutions or civil societies to assist and protect people on the move in East-Central Europe. At the same time, these ‘mobilities’ generated protracted anxieties that often shaped politics and language of fear, as well as policies of migration control in the region. The panel followed three case studies that engaged with three intertwining themes: (1) state-driven policy-making aimed to contain unwanted groups or curtail migrant influxes or effluxes; (2) social and economic consequences of migration; (3) migrants’ journeys and subjectivities.

Doina Anca Cretu focused on the First World War and conflict-generated forced displacement in the Austro-Hungarian Empire. Cretu’s paper analyzed the case of Roma refugee camps as state policy of containment of an intractably mobile minority. Sielke Kelner and Maximilian Graf explored dimensions of voluntary migration in the last two decades of the Cold War and in the early years after the fall of the ‘Iron Curtain,’ respectively. Graf’s paper investigated the ways Austrian responses to migration changed from the 1970s until the 1990s, from a humanitarian approach to discursive and policy-driven rejection. Kelner’s paper addressed the view from the homeland and the restriction to the freedom of movement. In exploring the case of Romania, Kelner emphasized home state suppression of migration to the West and its effects on migrants’ aspirations and experiences.

The First World War led to deep humanitarian crises caused by invasions, material destruction, famine or general poverty in Europe. During this time, belligerent Austria-Hungary became a place of constant forced movement of civilians. Additionally, the leadership of the Empire forcibly evacuated its own nationals (e.g.  Ruthenians, Poles, Slovenians, Serbo-Croats, Italians). In order to control this mass displacement, the state organized a network of approximately 30 refugee camps established to relieve refugees during the conflagration; at the same time, they were also used as methods to contain perceived threats to state security and civilians. It was in this context that a special camp was created for Roma in Hainburg, Lower Austria. Indeed, the refugee crisis followed decades of discriminatory policies against Roma populations (e.g. internal expulsion, deportations across frontiers), whose mobility was deemed a risk factor for the state. This paper explores state agendas and direct policies towards the establishment and regulation of Roma refugee encampment in wartime Austria-Hungary. In this, it highlights the dichotomy between the seemingly humanitarian dimension of refugee camps and the relief of displaced populations vs. a way to solve the problem of an unwanted minority through containment.

The paper examines how and why the Austrian dealing with migration from Eastern Europe changed from the 1970s to the early 1990s. Recent research has challenged the persistently commemorated welcoming Austrian attitude towards refugees who had been living under communism. The initial humanitarian efforts in 1956 and 1968, respectively, were remarkable. However, an analysis beyond the first weeks of both events reveals that public and political attitudes toward refugees took a negative turn. Throughout the 1970s, asylum for dissidents was portrayed as a continuation of the country’s humanitarian tradition. However, in 1981, refugees from Poland were immediately perceived as unwanted labor migrants. The discourse had changed fundamentally. The major concern of the government was to prevent further influx (by suspending visa-free travel) and aimed at finding receptive third countries. In 1989/90 the scenario was similar: while the transiting East German refugees were welcomed, migrants from other countries (like Romania) were not. But when and why did the (supposedly welcome) refugees from communism turn into unwelcome labor migrants? The analysis explores the potential impact of the age of détente, the repercussions of the 1970s economic crises and the resulting end to active recruitment of foreign workers, as well as changing patterns of global migration. Additionally, it questions how the demand for freer movement and the rejection of migration go together. Overall, the permeability of borders (either physically or via visa policies) played a crucial role and Austria was always quick in preventing migration by tightening visa regulations. 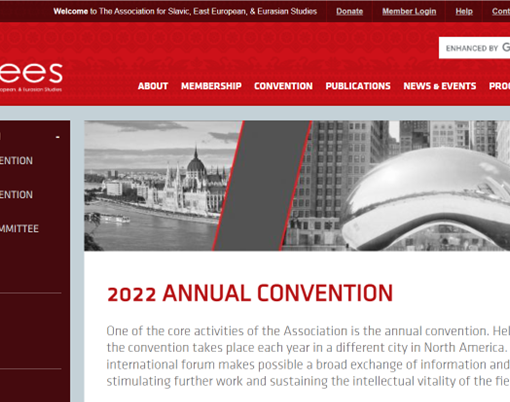 The team members of the “Unlikely Refuge?” ERC Project will participate at this year’s convention of the Association for Slavic, East European, […] 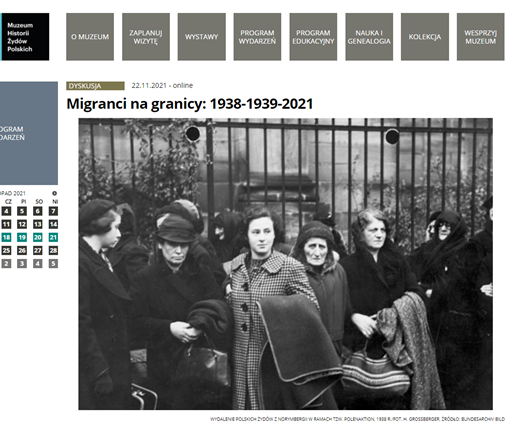