Among the multifaceted transformations of East-Central Europe in the 1990s, mobility and open borders turned into one of the symbols of the new attachment to the “West”, in both the physical and symbolical way. The quick adoption of the 1951 refugee convention, the introduction of national asylum procedures and the harmonization with European rules followed. Unfolding against the dissolution of multiethnic states and conflicts in Yugoslavia and the Soviet Union, the region absorbed a significant part of refugees of this period.

Yet, the history of refugees and the development of the refugee policies in East-Central European countries undergoing transformation from state socialism have not been systematically and comparatively examined so far. The workshop aims to discuss directions for future research and to forge new research partnerships. It is organized as a part of the “Unlikely refuge?” project funded by the European Research Council. Split into several sessions, the workshop will explore multiple connections across time and disciplines, and discuss key research questions, sources and methods.

While the collapse of state socialism is perceived as a turning point, the construction of refugee policies also related to and re-opened complex prehistories – those of refugee reception, but also of the building of nation states and ethnic homogenization. Refugee migration also challenged the perception of the culturally homogenous character in countries affected by the ethnic unmixing after the Second World War. Exploring continuities and discontinuities between state socialism and the transformation, the workshop aims to establish connections to other facets of the political and cultural reorientation as well as economic transformation.

To date, the research on refugees after the demise of state socialist regimes in East-Central Europe largely remained a domain of social and cultural anthropology, political science and media studies. Therefore, the workshop aims to contribute to the integration of the subject into historical research and to foster an interdisciplinary research agenda.

The workshop will be conducted as a series of several sessions, starting with the early spring of 2022. Online participation will be enabled to a limited number of participants upon request.

Please register at unref-public@mua.cas.cz until March 20, 2022.

How is knowledge on recent refugee history produced, before government archives become available and in the context of profound social, cultural, political and economic change? In what ways can data and research on refugeedom be communicated across disciplines? How do the available sources reflect and support research on gendered experiences, intersectionality, integration, and dealing with trauma? The opening session of the series will focus on the methodology and best practices of reconstructing refugee trajectories, agency and voices, against the pattern of newly developing refugee policies of the state and activities of NGOs. We aim to explore the challenges in documenting the refugee regime from below and engaging refugees themselves in building an archive of refugeedom based on the plurality of voices and different types of sources.

Starting with a panel on archival research, the session will continue with a round table including short presentations of projects that document refugee voices and engage in other forms of construction of refugee archives. The participants will discuss methods and ethics of collecting primary data from refugees, humanitarians and government officials as well as the possibilities and challenges connected with gaining access to NGO and other sources (including the limits of access to governmental sources). Thematically, we seek to explore the shifting of refugee policies and the interactions between refugees, state and the NGOs through gendered experiences of flight, integration and trauma. 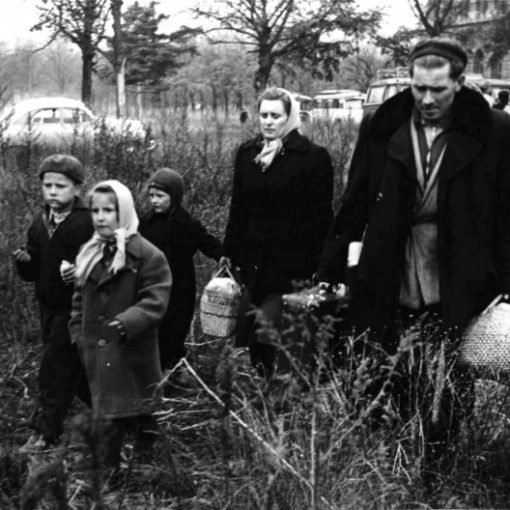 Press release of the Czech Academy of Sciences, published on November 29, 2018 The historian of the Masaryk Institute and Archive of […] The interdisciplinary conference centralises the temporal dimension of borders, borderlands, and border regions in and beyond 19th and 20th century Europe. It […]